Most parents would like their children to grow up to be healthy, happy individuals who show respect and consideration for others. Children who have good role models to follow have a better chance of developing a positive lifestyle. A role model is a person who engage in positive and constructive actions, and whose behaviour can inspire other people. While individuals may have a different definition of what a good role model is, there are some on which most people would agree.

Literature that portrays male and female characters with both traditional and unconventional features can present children with useful role models to emulate. Literature provides children with a means to imagine all the different opportunities they can have in their lives. Therefore, both girls and boys should read books that promote positive gender roles. Tales about famous men and women can provide such an inspiration for them: the stories about female personalities should be read by boys and girls, just like the stories about famous men should be enjoyed by girls and boys.

Real people can be good role models for children because they show to what extent hard work, determination, and passion can lead to self-realisation. Thus, the presence of positive role models in children’s literature can contribute to a better understanding of the world.

Young children often see their parents or teachers as heroes, because for them their closest caretakers are endowed with great moral authority. As children grow up and begin to question their parents and their values, they may turn to other kinds of heroes – often someone who has “made it” as a singer (Good night stories) or as a sports figure (Pesi massimi). Older teens tend to admire people who can think for themselves. In adulthood, there is a new appreciation for those who worked hard and contributed to help us get where we are today.

Besides their intellectual or physical talents, we all imagine that famous personalities have other important qualities – such as empathy, kindness, thoughtfulness, passion, inquisitiveness, understanding, and respect for others. Therefore, famous personalities, modern and past, have been traditional sources of inspiration.

By reading the books of this thematic route, children will get the message that trying is more important than being perfect, and that curiosity and questioning can be good things (Amelia che sapeva volare).

The presence of female role models in children’s literature is also very important. Female role models are changing the world and breaking down barriers (Marie Curie; Frida Kahlo; Ada Lovelace). In this thematic route, female role models often promote healthy body images, different talents, intelligence, a practical view to life, the importance of social activism, commitment, and education (Cattive ragazze; Ruby tête haute; Malala/Iqbal). They are kind and sensible, but also smart and determined, and they provide girls with good examples for body acceptance, self-respect, and strong work ethic. And yet, they also suggest that it is important to not take oneself too seriously at times.

Children’s literature needs to show kids that female and male heroes are often complex, but not perfect people, and this helps them avoid excessive idealization. It is important for children to realize that even though they have made mistakes and done things they regret, they can change their behaviour. Being a hero is the sum of a life, not just an event that happens. The mistakes we make are just as important as the accomplishments we achieve if we learn from them.

Famous personalities are not superhuman, but they have a powerful impact on young children.

Some outstanding books on famous personalities: 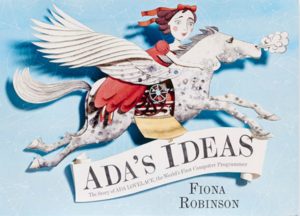 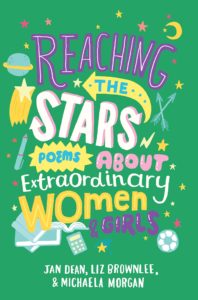